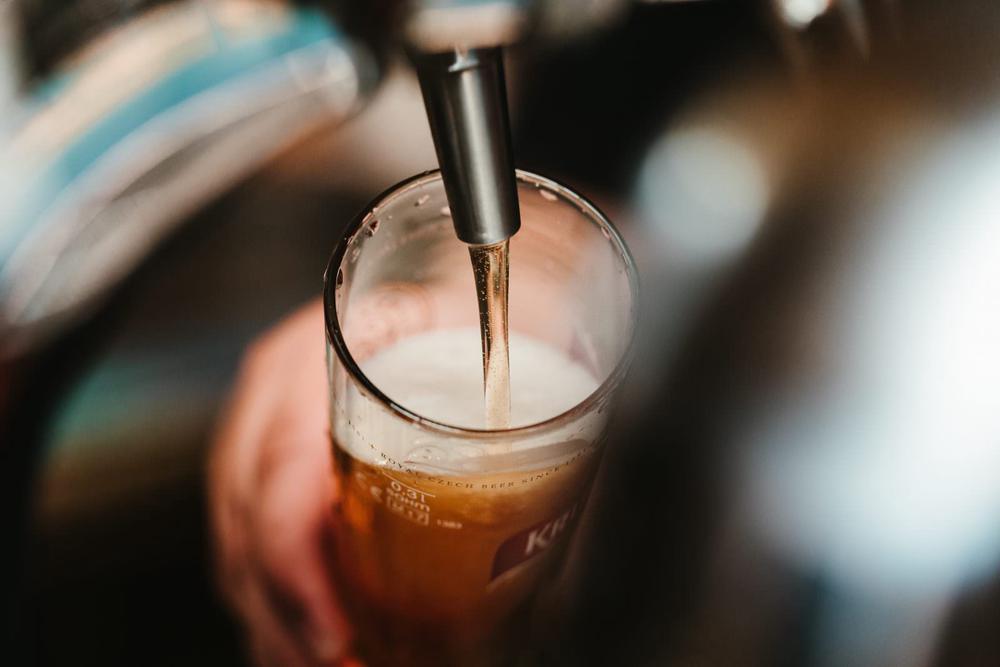 I’m always looking for new bars where I can try a new gluten-free craft beer, as it makes me feel like I’m doing something I should be able to do! Around seven years ago, when I moved to Manhattan, I kept a mental list of bars that had GF beer, and at the time, it was not many.

In recent years, this number has spiked, and now it’s now a lot of fun to be able to have a gluten-free beer at a bar with friends.

Check out this list of the best bars in NYC and Brooklyn where you can have a gluten-free beer and even try some new GF beer brands.

Fool’s Gold is a cool bar with a big personality in a conveniently-located spot in the Lower East Side on Houston St. It was the first place where I tried a Glutenberg IPA, and found out that I prefer blonde ale over IPAs by far (that’s my opinion!). The bar has a pretty large beer list, and if there’s no gluten-free beer in stock, they’ll usually have three or so ciders to choose from.

Valhalla was the first craft beer bar I found in Hell’s Kitchen where I wanted to tell all my friends about it. It was the first bar where I tried New Planet gluten-free beer, and years later, I’m able to still remember that it was in this specific bar where I had this specific beer. I guess being a gluten-free beer drinker allows you to have those recollections, right?

If they don’t have New Planet in stock, you’re in luck, because they typically carry Green’s, a gluten-free beer that I tend to REALLY like. With two varieties of Green’s (in amber and dubbel) in the 16-oz bottle, and then a good list of ciders both in bottles and in cans, you can’t go wrong at this bar for gluten-free beer lovers and celiacs.

The St. Gambrinus Beer Shoppe is a little slice of heaven in Boerum Hill, Brooklyn. I was introduced to this beer bar and beer store by a friend who didn’t even realize that I’d fall in love when I walked in.

The night I was there, the bartender was one of the most memorably helpful bartenders with whom I’ve ever discussed gluten-free alcoholic beverages. He said that having known some friends with severe allergies to gluten and other things, he was extremely cautious when recommending beers to customers. We talked about the difference between gluten-omitted beer and gluten-reduced beer versus actual gluten-free beer (made from gluten-free ingredients initially), and my opinion on consumption of beers that are gluten-omitted or gluten-reduced as a celiac (I have now chosen not to drink these types!).

While you won’t find any gluten-free beers on tap (I don’t know of anywhere that does have this), they do have cider on tap and have a variety of gluten-free bottles of craft GF beer and (naturally GF) interesting cider choices in the fridges that line the back of the store.

Have you considered that there’s a rooftop bar on top of the Whole Foods in Gowanus, Brooklyn? It’s one of my favorite spots to catch a sunset, and if you first grab a beer in the store’s beer department, you can enjoy craft gluten-free beers like New Planet Gluten Free Pale Ale and Estrella Damm.

Head up to the rooftop, and while there are typically no GF beers in the bar’s fridge or on the bar menu, they do have either gluten-free cider on tap or on select days, gluten-free hard kombucha (Kombrewcha). What a treat! You can also order a cider in a can or bottle, or a glass of wine, which is always naturally gluten-free.

Uncle Barry’s turns out to be my Dan’s old ‘neighborhood pub’ that he’d frequently go to down the block with friends nearby. After introducing me to Uncle Barry’s, which is a perfect mix of a place where you can bring all your friends for happy hour or a bar to go to for some fun games like darts, I discovered their beer menu.

They have Glutenberg in the tall can, which I was able to enjoy outside in their backyard, on my birthday! If you feel a tall beer can is too much for you at the moment, fear not, because they have Doc’s Hard Cider and Downeast Cider as well.

Treadwell Park is a big beer hall that’s a pretty popular place to come for happy hour and on weekends. My friends like to throw birthday parties at all their locations. If you’re in the mood for a cider rather than a beer, they’ll usually have about five varieties, ranging from low-alcohol to high-alcohol, and from traditional tastes to rose.

I was worried when I was invited to a party at Draught 55 because I saw ‘craft beer bar’ and braced myself for having no options. I shouldn’t have worried, though, because Draught 55 carries Brasseurs Sans Gluten (Glutenberg)’s IPA, and around four ciders and meads, including two Dry Mead types, Jack’s Hard Cider and Doc’s Hard Cider. You can stay here til the late hours trying them all.

Hopefully you’ll be able to try some new bars for some of the best gluten-free beers with this list. If you have any to add, let me know and I’ll be happy to add them!